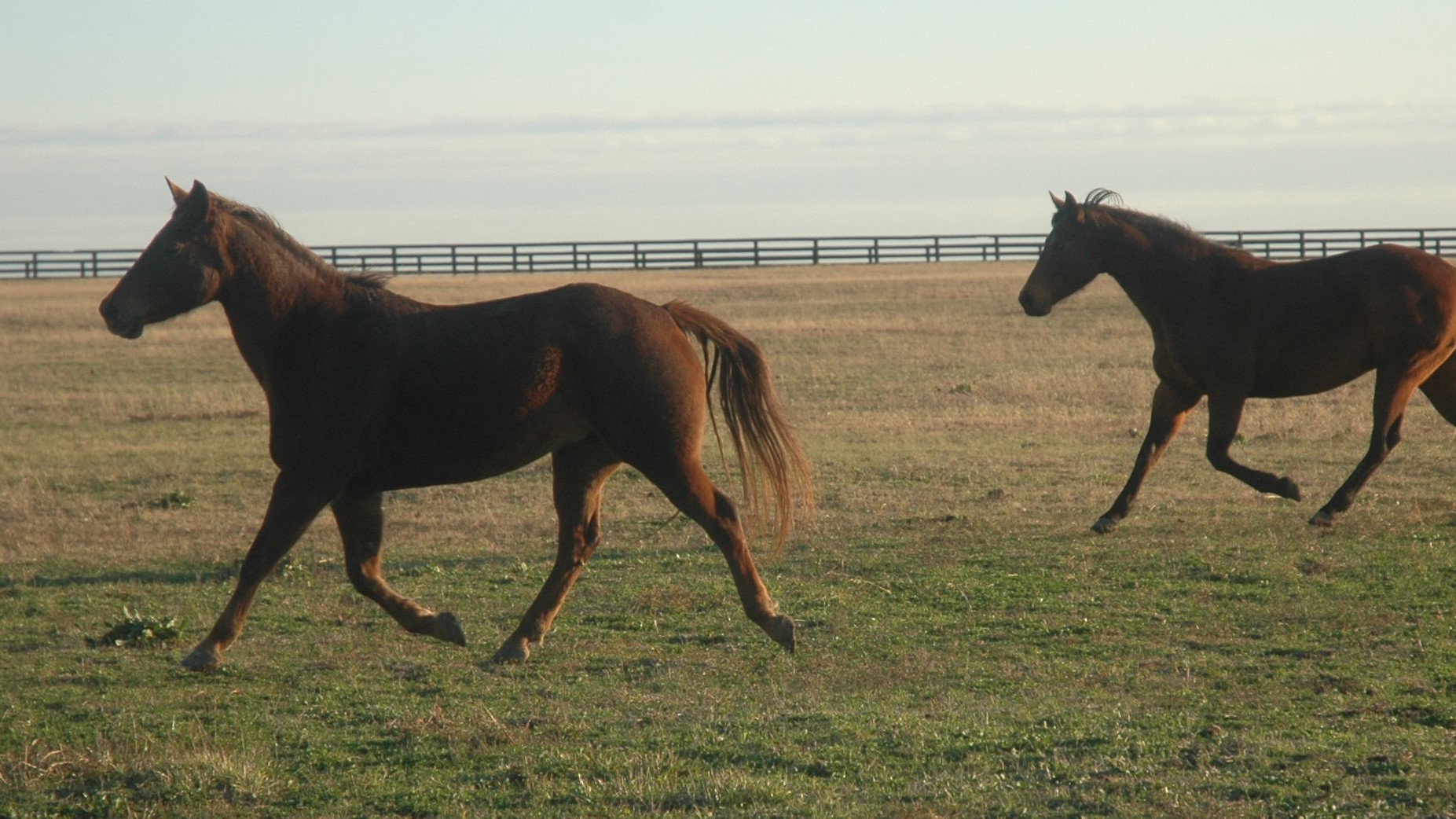 The History of Mustang Lakes

Posted In: Life at Mustang Lakes

Before we became an award-winning master-planned community in North Texas, Mustang Lakes was known as Twin Eagles Farms, a famous horse ranch owned by a former Dallas mayor. Our developer, Cambridge Companies, sought to preserve the rich history of the land every step of the way when Mustang Lakes came to life.

Learn more about the history of Mustang Lakes and how we preserved many elements from the farm in our master plan. 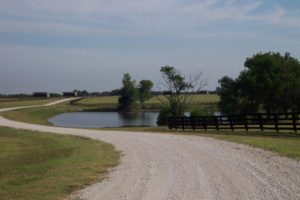 Mustang Lakes is located on the site of a real Texas ranch where thoroughbred horses were bred, raised and trained: Twin Eagles Farms.

The land was purchased by Mayor Robert “Bob” Folsom in the mid 1980s after the sale of his previous ranch, “La Cima” in McKinney, Texas. Folsom was not only the mayor of Dallas from 1976-1981, but he was also an Oak Cliff native, attending Sunset High School and later playing football for The United States Military Academy and Southern Methodist University.

Folsom was a generous philanthropist, donating money to SMU and Methodist Hospital of Dallas in Oak Cliff, among other charitable organizations. Before being elected mayor of Dallas, he was well known in the real estate industry, developing the entire Bent Tree area on both sides of what is now the Dallas North Tollway, as well as many North Dallas retail centers and multifamily properties.

When Folsom purchased Twin Eagles, the farm was originally around 800 acres and included the main ranch house, indoor and outdoor riding arenas, five barns and the ranch foreman’s home.

At Folsom’s ranch, many horses went on to win significant purses at races all around the country. Notably, one horse – Reluctant Guest – was named Mare of the Year in 1989. 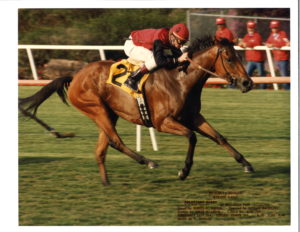 Reluctant Guest, 1989 Mare of the Year

Mustang Lakes was developed with a healthy respect for the land, an eye towards preservation and the desire to capture the excitement of its horse racing heritage. 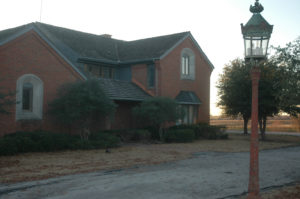 The original Ranch House before renovation

“When the opportunity presented itself to purchase Twin Eagles Farms from the Folsom family for our next master planned community – now called Mustang Lakes – we seized the opportunity,” said Debbie Wilson of Cambridge Companies. “We believed we really had something special because this property is overflowing with natural beauty, lakes, rolling terrain, mature trees throughout the property – as well as the rich history of the land. It is simply as good as it gets.” 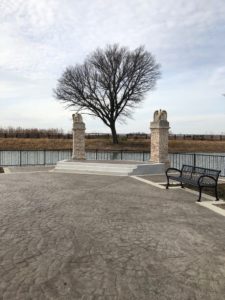 Cambridge Companies took care to preserve many original aspects of Twin Eagles. A number of barns and paddocks still grace the property. Even the eagle statues at the original entrance were relocated to the island at Mustang Lakes!

Dozens of towering oak trees were painstakingly preserved and replanted along the entry drive and surrounding the amenity center. Weighing between 45,000-75,000 pounds, each tree was wrapped with wire and burlap to protect and preserve the trees’ root balls before they were moved with a crane. 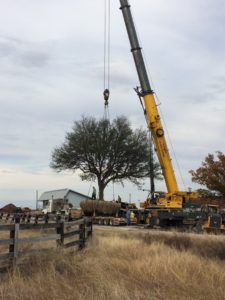 In addition, 34 crepe myrtle trees from the original ranch were also preserved and relocated them to the private island at The Club to create the stunning double crepe myrtle alley.

The crown jewel of Mustang Lakes is the repurposed and remodeled ranch house, now known as The Club at Mustang Lakes. The ranch house was once Folsom’s weekend home, featuring historical fireplaces and castle doors imported from Europe. 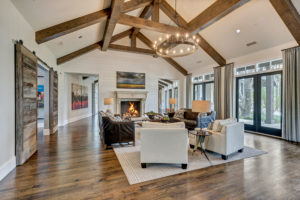 Virtually every brick from the original house was reused in The Club at Mustang Lakes!  The original lake was improved with a private island, stonework and fishing piers. A 2,500-square-foot fitness center and 800-square-foot outdoor living area was also added. The site of the Folsom family’s original pool is now the tranquil courtyard. 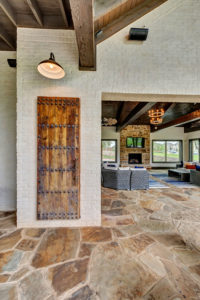 The Club at Mustang Lakes was awarded the industry’s highest honor in 2019 when it was named the Best Community Amenity by the National Association of Home Builders at The Nationals, beating out amenities from all over North America.

We hope you can see how Mustang Lakes is a community rich in history and carefully planned for the enjoyment of future generations for years to come! From the beautiful rolling hills to the lakes and ponds, Mustang Lakes offers a rustic setting with the grace of another age.

Ready to call Mustang Lakes home? Visit our website and contact our builders today to get started.